LOWTON HISTORY
If you find this website of interest you may like to visit the Facebook page of out friends at Lowton Oldies            https://www.facebook.com/groups/609360302505232
Standing on the southern boundary of the Metropolitan Boroughs of Wigan and St.Helens at Lowton is the Huskisson Memorial . Unless you are travelling on the Liverpool to Manchester railway and the train is travelling rather slowly you have little chance of seeing it. The memorial is a grade 2 listed building but years of neglect and alleged vandalism had all but reduced it to a ruin however it has just been renovated to it's former glory and is well worth a look. It is unfortunate that it can only be viewed from a moving train. Is unique and is a memorial to an event that no other place can lay claim to.
The site of the memorial is close to the site of Parkside station one of the first railway stations in the world, about 17 miles east of Liverpool. It was at this place on 15th September 1830 on the opening day of the railway that the WORLD'S FIRST fatal railway accident occurred. All the official guests had been travelling from Manchester towards Liverpool when they stopped at Parkside station to take on water. The engine pulling the carriage containing the Duke of Wellington was pulled onto one track so that it the Duke's party could be reviewed by the people travelling in the other trains travelling on the other track. The Right Honourable William Huskisson M.P. had got out of the carriage and was standing on the other track, along which 'The Rocket' was seen to be approaching at a fast speed. There had been some coolness between Huskisson and the Duke for some time, but at this moment the Duke made a sign of recognition and held out this hand to Huskisson whilst they were shaking hands there was a general call from the

This Tablet
A mark of personal respect and affection has been placed here to mark the spot where, on the 15th of September 1830 at the opening of the railroad THE RIGHT HON. WILLIAM HUSKISSON M.P. singled out by an inscrutable Providence from the midst of the midst of the distinguished multitude that surrounded him, in the full pride of his talents and perfection of his usefulness met with the accident that occasioned his death, which deprived England of an illustrious Statesman and Liverpool of its honoured Representative, which changed a moment of noblest exultation and triumph that science and genius had ever achieved into one of desolation and mourning, and striking terror into the hearts of assembled thousands, brought home to every bosom for the forgotten truth that- ''In the midst ​of life, we are in Death'' 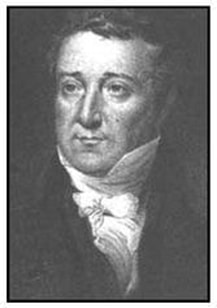 ​William Huskisson was the First man in the world to be killed by a railway passenger steam engine train This was at Parkside Station. His Tomb is situated in the cemetery next to the Anglican Cathedral
Reports of the Accident
(1) Lady Wilton was in the same carriage as the Duke of Wellington, when William Huskisson had his accident. She later told Fanny Kemble what happened. The engine had stopped to take a supply of water, and several of the gentlemen in the directors' carriage had jumped out to look about them. Lord Wilton, Count Batthyany, Count Matuscenitz and Mr. Huskisson among the rest were standing talking in the middle of the road, when and engine on the other line, which was parading up and down merely to show its speed, was seen coming down upon them like lightening. The most active of those in peril sprang back into their seats; Lord Wilton saved his life only by rushing behind the Duke's carriage, and Count Matuscenitz had but just leaped into it, with the engine all but touching his heels as he did so; while poor Mr. Huskisson, less active from the effects of age and ill health, bewildered, too, by the frantic cries of "Stop the engine! Clear the track!" that  resounded on all sides, completely lost his head, looked helplessly to the right and left, and was instantaneously prostrated by the fatal machine, which dashed down like a thunderbolt upon him, and passed over his leg, smashing and mangling it in the most horrible way.
(2) The Observer (19th September 1830)
Several of the passengers of the Northumbrian got out to walk on the railway, and among them was Mr. Huskisson. He was discoursing with Mr. J. Sanders, one of the principal originators and promoters of the railroad, when the Rocket engine came slowly up, and as the engineer had been for some time checking its velocity, so silently that it was almost upon the group before they observed it. In the hurry of the moment all attempted to get out of the way. Mr Huskisson. hesitated, staggered a little, as if not knowing what to do, then attempted again to get into the carriage. As he took hold of the door to do this, but the motion threw him off balance, and before he could recover he was thrown down directly in the path of the Rocket. Mrs. Huskisson, who, along with several other ladies, witnessed the accident, uttered a shriek of agony, which none who heard will ever forget. (3) Samuel Smiles, George and Robert Stephenson (1899)
Mr. Huskisson had alighted from the carriage, and was standing on the opposite of the road, along which the Rocket was observed rapidly coming up. At that moment the Duke of Wellington, between whom and Mr. Huskisson some coolness had existed, made a sign of recognition, and held out his hand. A hurried but friendly grasp was given; and before it was loosened there was a general cry from the bystanders of "Get in, get in!" Flurried and confused, Mr. Huskisson endeavored to get round the open door of the carriage, which projected over the opposite rail; but in so doing he was struck down by the Rocket and falling with his leg doubled across the rail, the limb was instantly crushed. His first words, on being raised, were, "I have met my death," which unhappily proved true, for he expired that same evening in the parsonage of Eccles. It was cited at the time as a remarkable fact, that theNorthumbrian engine, driven by George Stephenson himself, conveyed the wounded body of the unfortunate gentleman a distance of about 15 miles in 25 minutes, or at the rate of 36 miles an hour.
​COPYRIGHT © 2016 LOWTON WEBSITES  -  ACCESS CODE: Lowton@C14

Click Here for More Photographs on our extension Site